As part of my Undertale stream I want to play Escaped Chasm and, before I drop to one of the old Windows 10 installs on one of my laptops, I want to see what’s involved in getting it running on Linux. Turns out it’s super easy and the answer to running it is not WINE, it’s Node.js: 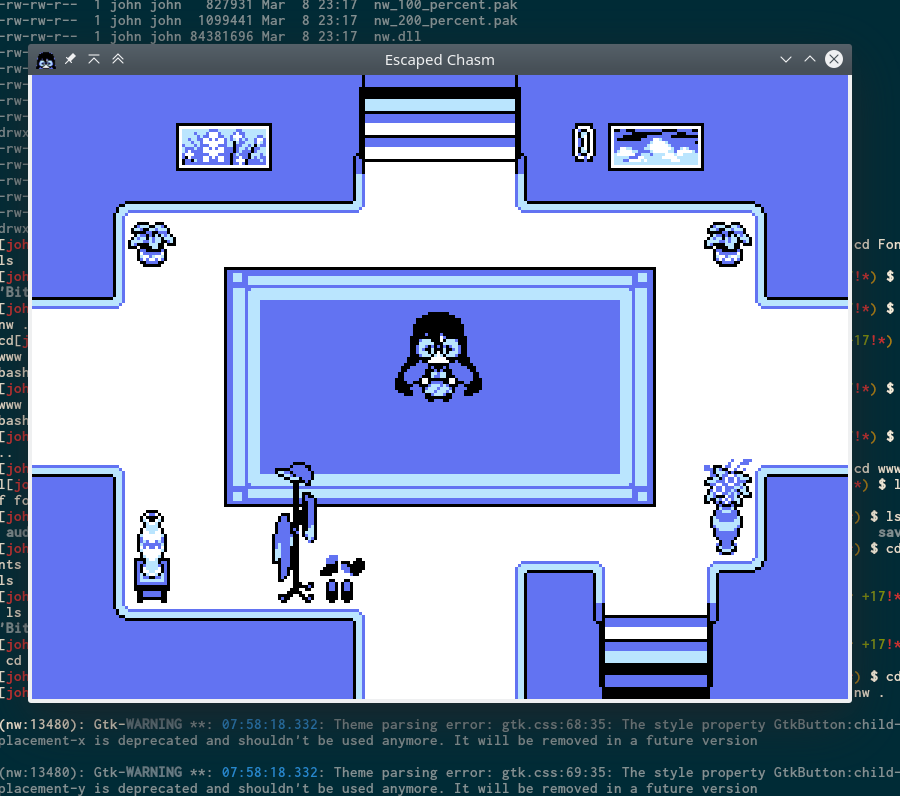 (if you use this approach, install nvm.)

It looks like whatever version of RPG Maker Temmie used to export the game uses NW.js to make a cross-platform export (and exports the game code to JavaScript? I don’t know anything about RPG Maker code internals, maybe it’s all JS under the hood). This may even work for other non-Linux released RPG Maker games, though I haven’t tested. But I think if you see a package.json file and an nw.dll file in the root of the game, then it’s likely this method will work.